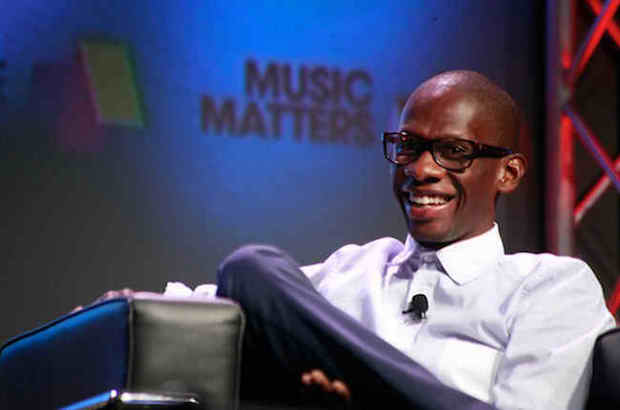 The previous spring I had visited a number of colleges and universities with business programs that interested me. While touring USC along with parents, with the primary intention of visiting Marshall, we had the opportunity to walk the majority of campus. As we approached the Music and Cinema schools, our tour guide casually made mention that her friend and roommate was enrolled in a really unique and popular major within Thornton, called Music Industry. The tour guide’s comments piqued my interest, and hearing Troy Carter’s presentation months later clinched it for me; I knew I wanted to pursue the business of music and USC Thornton would make that possible.

Upon Troy’s finishing remarks that day in Philadelphia, I made a beeline for the stage, introduced myself, and thanked Troy for sharing his personal stories and deep passion for the music business. As I quite literally elevator pitch’d him down to the lobby of Huntsman Hall, he thanked me for my courage and challenged me to meet-up with him once again. I promised him I would.

I had an opportunity to potentially re-connect with Troy in late September of 2016 at the Startup Grind SoCal tech-conference in Santa Monica where he was the keynote speaker. Mobbed as he came off stage, I decided the timing wasn’t right. To my surprise, sitting on my right, undisturbed, at the back of the room was Suzy Ryoo, who I was thrilled to meet and connect with.

Hope to see you soon, Troy.