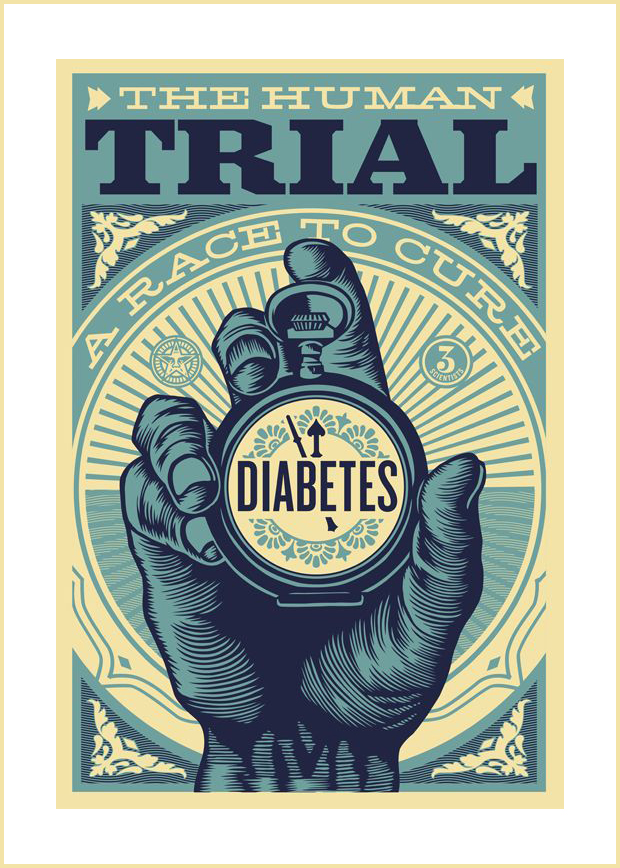 As a supporter of her documentary, Shepard Fairey, renowned street artist, founder of Obey Clothing, and also a person living with type 1 diabetes had offered to Lisa to produce a unique piece of “Human-Trial art” that would be re-produced in a print and clothing series with sale proceeds going to support the documentary.

Given Shepard’s notoriety and influence, having him involved in the project was a major achievement. He recognized this and generously allowed Lisa to bring her camera crew to film the creation of the art he was donating.

I appreciate art in various forms, particularly when I get to personally meet and hear the story of the given artist. Being there in his private studio as he artfully put his spray paint cans to work, gave me a newfound appreciation for the talents of a true street-artist.

Shepard and I spoke casually while the cameras rolled for close to 45 minutes. We covered topics such as the importance of a cure,  his role as an influencer in the community of people living with diabetes, and his commitment to music and the arts. 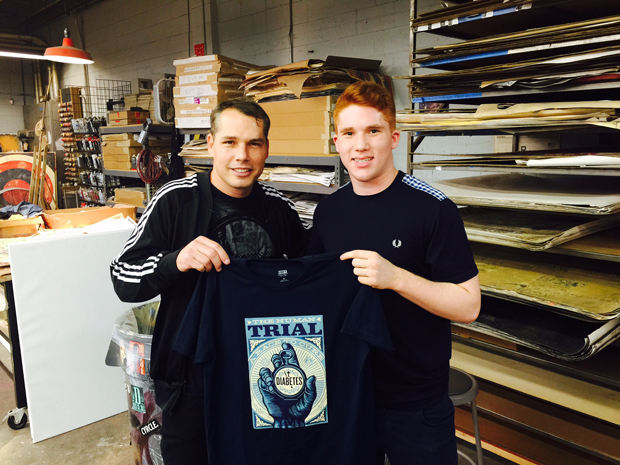 Shepard’s work has inspired me to take charge within my own community of friends with diabetes. I’m currently serving as president of the USC College Diabetes Network; we strive to make a difference by establishing a community for students on campus living with diabetes, and stimulating an active line of communication among its members.

You can watch a teaser for the film by clicking here.

If you choose to donate to the film (I’ll be in it!), please do so here.