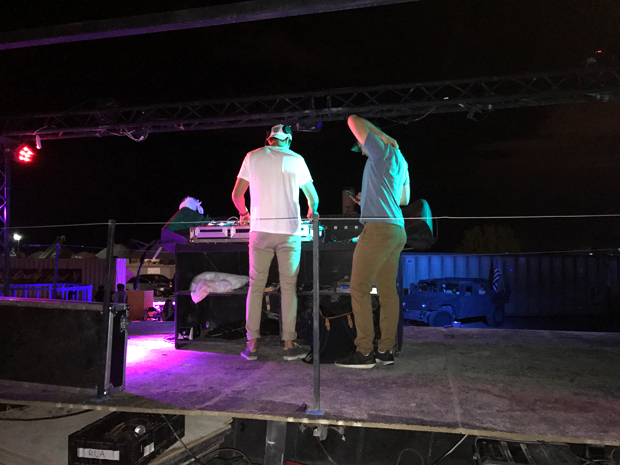 I met Jack Koplin (pictured above on the left) my freshman year of college through my fraternity and USC’s Music Industry program. Jack began working on his first remix in the spring of 2016. Noah Arin, a talented audio engineer (pictured above on the right), is a student at UNLV – we met through a mutual friend named Oscar Chaltiel, who also happens to be member of our AEPi chapter.

This summer, while I was in LA taking extra courses, Noah travelled to campus from Vegas to spend a couple of days hanging out before heading to a music festival with Oscar for the weekend. Like most college kids, we found ourselves sharing music and stories over meals and video games… despite constantly having to clean up after them, I appreciated every minute.

I invited Noah back to LA a week later so he could meet Jack – I knew each of them possessed a unique, complementary skill set. In short order, Jack and Noah formed RÜST, an EDM duo I began working closely with on branding, business development and marketing.

RÜST’s first studio session was held in Jack’s family’s living room above their garage in the Palisades. What’s so unique about this space is that it used to be Stewart Copeland‘s personal studio, the drummer from The Police. 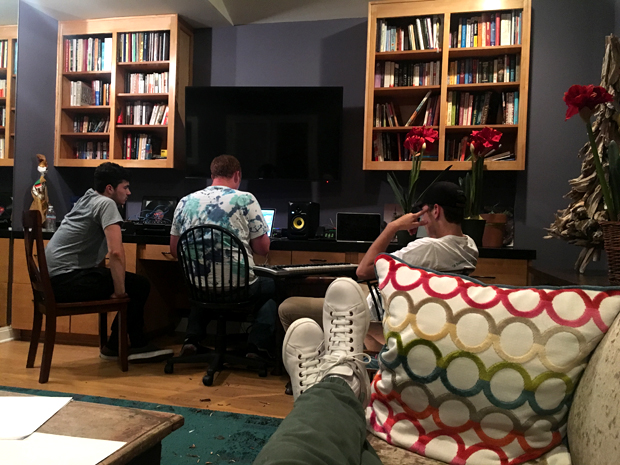 The music instantly began to flow… Noah built their synths and added all the “candy” to bring the songs to life; Jack wrote melodies and chords. We instantly realized we were on to something special… my laid-back position on the couch signaled my satisfaction in the moment.

Having concluded our work that night, I challenged Jack and Noah to complete as many tracks as possible by the end of the summer.

By August, RÜST had four remixes ready for launch. We talked through some strategy and returned to school with a single ready to be released.

With amazing support from friends (USC and beyond), and even a re-post by Trap Music HD, their first remix has aggregated over 170,000 streams to-date.

The plan was simple: use the well established concept of launching M.V.P.’s (minimum viable products… a.k.a our unofficial remixes) in order to increase popularity and book gigs. This would allow Jack and Noah to work on their production skills, while also gaining hands-on experience DJing Boiler Room-like events – something they’d never done before.

Moving forward, the group’s main focus is to streamline their workflow. Not only are they training to become talented producers, but they’re also journeying toward becoming respectable DJ’s.

RÜST’s immediate popularity has blown us away. Having 10,000+ streams on each of their first three remixes is a feat in and of itself  — having excellent like-to-stream ratios is even better.

We’re mindful of the challenges that are ahead of us and can’t wait to see what comes next.